World Championships preparation on a par with Olympic champions

With the first laps on the official World Championship cross-country skiing track together with the godfathers David Kreiner and Mario Stecher, the Nordic squad athletes of the Austrian Disabled Sports Association started their preparation for the Virtus Ski World Championships in the Olympic region Seefeld on December 8.

Under the direction of national coach Josef Hones, four athletes from Upper Austria and Tyrol are training in the World Cup arena in Seefeld until December 10 inclusive. For the World Championships for people with mental disabilities, which are being held on Austrian soil for the first time, both coaches and athletes have high expectations and even more motivation.

Gregor Knogler, Sigfried Mayr, Johann Wieser (all from Upper Austria) and Johannes Grander (T) did not miss the chance to get to know the “difficult course” in advance, according to the Nordic Director of the ÖSV and sponsor of the Virtus Ski World Championships, Mario Stecher.

A morning session with the national coach was followed at noon by the second training session with team Olympic champions Kreiner and Stecher, who were both enthusiastic about the level of the athletes as well as the team spirit and the atmosphere in the group.

When the Seefeld 2022 Virtus Ski World Championships open in 94 days in the World Cup-tested Olympic region, the Austrian squad, Alpine and Nordic, not only wants to use the home advantage, but also show the local fans and the sports world that – as Johannes Grander from Kitzbühel is convinced – anything can be achieved with “training, training and even more training”. 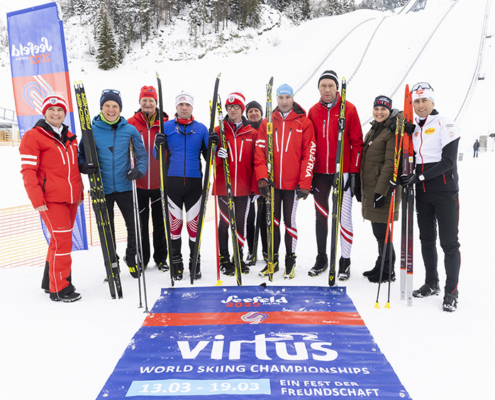 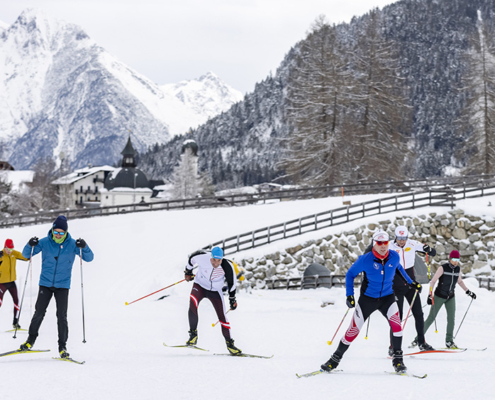 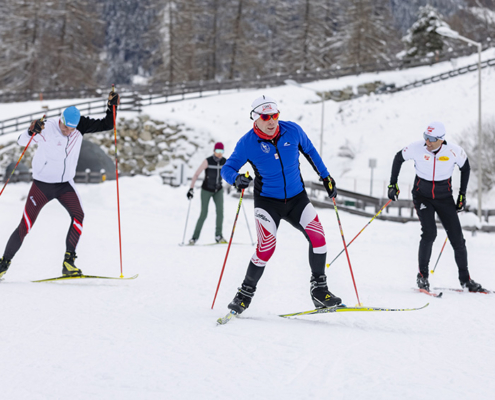 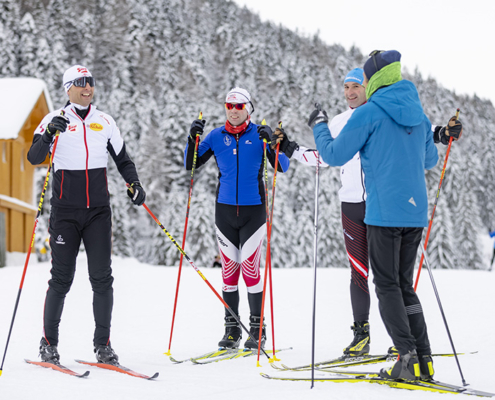 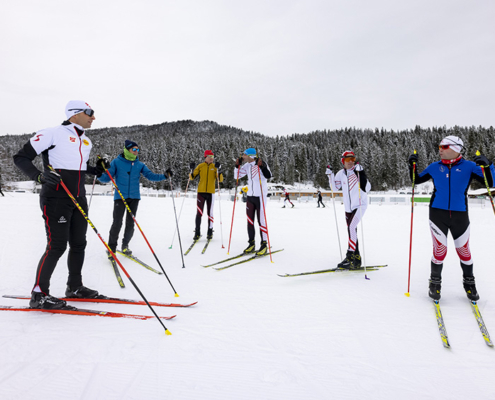 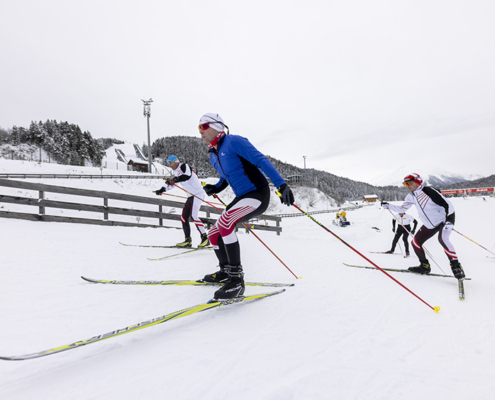 The conditions here in Seefeld are optimal for the World Cup preparation. The snow temperatures are perfect, also the air temperature is not too cold, there is enough snow and the tracks are clean. The athletes are excited because they are back on skis for the first time and are very motivated. At the beginning of the season you almost have to slow them down a bit because we train the technique so early in the winter and they actually run too fast for that. So that everyone is in top form until the World Championships, we will do a few more multi-day training sessions like here in Seefeld and look forward to March!

I really enjoyed the training here in Seefeld with Sepp Hones. The courses are great and also a bit difficult; the climb in the forest is quite strenuous. The training with Mario and David is very good for me and for me it is the first time that I can be at the World Championships. Having such coaches and seeing the mistakes you make is very good for me.

For me it is wonderful to run with these athletes, the enthusiasm speaks from their eyes and that is completely different from what we are otherwise confronted with in sports every day. There is so much warmth and that is incredibly enjoyable! I think the official WOC course is really difficult, but the guys are very, very good overall; also the pace we ran and the technique are flawless. You don’t need a lot of tips there, the important thing is to convey that we are there for each other.

For me, sport is life, and sport connects. We’re all at eye level there. For me, it’s about doing something with like-minded people. You can see the joy, the euphoria, everyone is talking about the same thing. If it already motivates the athletes when I’m there, then that makes me very happy. It’s give and take. When I started as a kid, it’s not about winning, it’s about being able to practice what you love to do, and that’s what I see in the athletes here. It reminds me of myself and I think that’s beautiful.

2019 was the first world championship that our world federation – now Virtus, then still Inas – has held and thus the highest performance level for people with mental disabilities in sports in Grenoble. There, we were constantly asked by the other nations why Austria, as the number 1 skiing nation, had not yet held a world championship. At home, I confronted René Schönberger, the chairman of the Competence Committee for Mentally Disabled Sports, with the idea of holding the next World Championships in Seefeld. If not here, then where? We are perfectly positioned alpine and nordic. Both the mayor and the Sports Association for the Disabled gave the OK and now we are finally here. With currently 86 registrations from twelve nations, we are very confident that we will have very great games in the snow here in March!

For the mentally handicapped sport and all our athletes, the World Championships in March are the highlight of the last seven years since I have held the presidency. The athletes:inside are totally motivated and enthusiastic to complete the trainings, as we could see today in the Nordic skiing area, to be at the start for the first time in Austria at the home World Championships. Also the sponsors like Mario Stecher and David Kreiner, who we could win over and who are with us today, are a great added value for the athletes and the entire event. Of course, the social environment is also very important for our athletes – parents, friends, the club, the fans. From this side comes the full support, but also the disabled sports associations in the provinces support us very strongly; so the Tyrolean disabled sports association has already assured us volunteers for the world championship week.

This site uses cookies. By continuing to use the site, you agree to the use of cookies.

We may request cookies to be set on your device. We use cookies to let us know when you visit our websites, how you interact with us, to enrich your user experience, and to customize your relationship with our website.

Click on the different category headings to find out more. You can also change some of your preferences. Note that blocking some types of cookies may impact your experience on our websites and the services we are able to offer.

These cookies are strictly necessary to provide you with services available through our website and to use some of its features.

Because these cookies are strictly necessary to deliver the website, refusing them will have impact how our site functions. You always can block or delete cookies by changing your browser settings and force blocking all cookies on this website. But this will always prompt you to accept/refuse cookies when revisiting our site.

We fully respect if you want to refuse cookies but to avoid asking you again and again kindly allow us to store a cookie for that. You are free to opt out any time or opt in for other cookies to get a better experience. If you refuse cookies we will remove all set cookies in our domain.

We provide you with a list of stored cookies on your computer in our domain so you can check what we stored. Due to security reasons we are not able to show or modify cookies from other domains. You can check these in your browser security settings.

We also use different external services like Google Webfonts, Google Maps, and external Video providers. Since these providers may collect personal data like your IP address we allow you to block them here. Please be aware that this might heavily reduce the functionality and appearance of our site. Changes will take effect once you reload the page.